We undertake regular monitoring to assess the environmental, social and economic impacts of our initiatives over time. As far as possible, we maintaining a high level of community involvement in monitoring efforts. This helps to ensure that local people themselves understand what is happening in their communities and forests.

We collect ecological data that helps us to evaluate our effectiveness at conserving the integrity local forests and wildlife. A key way in which we do this is by supporting participatory wildlife monitoring by village natural resources committees. They focus on looking and listening for signs of three indicator birds as well as rare, threatened and endangered mammals in their forest reserves, and assess differences in the numbers of encounters with these animals between different forest management units and vegetation types over time. This enables us to assess the impact that forest management activities such as sustainable timber harvesting are having on local wildlife, and to adapt our these where necessary.

We monitor the social impacts of our work on communities and individual households within these communities, through assessments of village governance and local livelihoods

Together with our partner, University of East Anglia, we developed an innovative method to monitor changes in governance effectiveness in the villages we support. This is based on a participatory scoring exercise whereby local people rate their community's performance (good = +1; medium = 0; poor = -1) against a series of criteria and indicators. These criteria cover nine key facets that can impact on forest governance effectiveness, including user cohesion, communication and awareness, forest product access and distribution, gender equity and conflict management. We then simply add up their scores across these criteria to generate an index from -1 (poor governance) to +1 (good governance). Read a full description of the method and an analyses of the results from governance assessments we did in 2011 and 2014 here.

As part of developing more in-depth and holistic understanding of improvements in community livelihoods, we work with the University of East Anglia to monitor changes in household wellbeing at approximately three-year intervals. This involves a detailed questionnaire with questions relating to:

In addition to monitoring changes in the socio-economic status of local households, we keep a record of communal revenues generated through timber sales and how these are spent in all of the villages we support.

Mpingo is one of the most expensive timbers in the world and is preferred wood of the musical instrument trade because of its high density, fine texture and exceptional durability. Due to unsustainable extraction the tree is threatened with commercial extinction, but a sustainable trade is possible, providing a secure long term future for both woodwind musicians and communities who live around the forests where it grows. The current trade is extremely inequitable with local communities receiving only a tiny fraction of the wood's value, but if this value could instead be leveraged for the benefit of local farmers it would provide valuable additional income to some of the poorest people in Tanzania and an economic incentive for those communities to conserve and protect their forests. In short it has enormous potential to act as a flagship species for both conservation and development.

Mpingo is the Swahili name for Dalbergia melanoxylon, the East African Blackwood. The trees have a scruffy appearance and are frequently multi-stemmed and extensively branched. They grow very slowly and often in very gnarled and twisted shapes. Harvestable size is not reached until an estimated 70 to 100 years. Mature trees are typically between 4.5m and 7.5m high, with an average girth of 1.2m. The yellowish-brown bark on the main stem flakes off in long strips, while smaller branches bear sharp spines 2-3cm in length.

Mpingo goes under many different names:
(East) African Blackwood (English), Mpingo (Swahili), Pau preto (Portuguese), Grenadilla (trade name), Zebrawood (trade name), Mugembe (from its use as a hoe), Poyi, Endisika, Kidamo, Kinti, Masojanda, Mgembya, Mhembote, Mhingo, Minday, Mupako, Mwajinde, Ngembi, Nyamfunga, Oitlaska, Q'oya, Tamumo mhembete Mpingo is semi-deciduous, losing many of its leaves over the dry season in common with most trees of its habitat. The flowers are small, white, sweetly scented and grow in tight clusters. They develop into greyish, papery pods each containing one or two seeds which are wind dispersed. 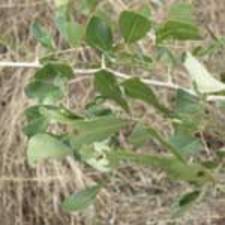 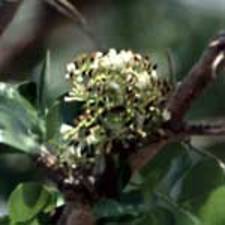 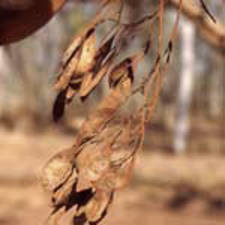